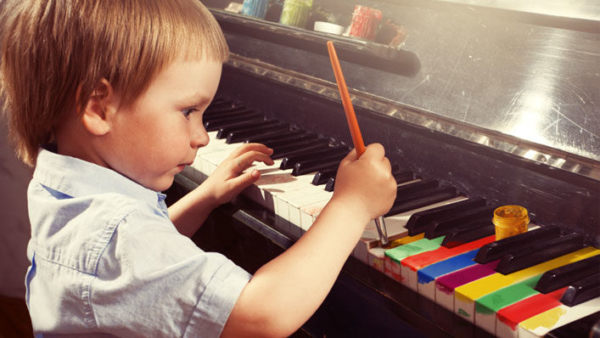 Narrowing down a focus on how your child should grow up is usually not a good idea. Giving vital guidance in all aspects of their early life, but not stifling any spirit or purpose, however, is something that should undoubtedly be encouraged.

Some people think that creativity is a birth trait and that you either have it or you don’t. This just isn’t true, with creativity being a learned skill more than something that is decided on genetically. Knowing this means that creativity, like any skill, can be fostered, encouraged, and developed. Given the many paths in life that involve a creative, problem-solving brain in this digital age, it is a good idea to help your children learn how to be creative and show how creativity can be a huge part of their upbringing.

Here a few ideas on how to spike the creativity level of your children:

Don’t always be an alpha

This is a tricky idea to work with at first. We live in a world where fear and the concept of Big Brother watching affect our decision making daily. That fear can certainly lead to decisions and rules that stifle a child’s creativity.

This isn’t saying that we should give three-year-old junior a pair of scissors and see where it goes. It is merely saying that sometimes, when playing or introducing concepts, it is an excellent idea to let the child take the lead. For example, when playing with Lego or working on some other model, don’t just immediately pull out the instructions and go for it. Let the kids work with what they have for a little bit first. Their creativity might surprise you.

This is a very Zen and New Age sounding proposal, but it is one that makes sense as you provide your child with the vital guidance to be creative.

Creativity is most likely and most often found in areas where there is room to express. This can be as simple as making sure that the playroom is set up to allow for creative play – not having every toy or set of things in a specific place that should never be moved – or as in-depth as allowing spots in certain parts of the garage as dedicated for painting.

Video games are not a bad place to learn how to use creative thoughts and lateral thinking, as long as the game is in the right genre. No child, though, should be relying only on video games and TV for their entertainment.

It is all too easy in 2019 to let the iPad be the be-all and end-all when it comes to playing. Instead, go a little old school. Reading on a kindle is fun, but no e-reader has yet been able to replicate the actual feeling of reading a book. Drawing is essential for creativity too, and it is much more fun when done the way we used to do it, instead of using a finger on a screen as a paintbrush.

This is probably the most significant single way to allow your child to be creative with your vital guidance. We live in an accomplishment and winning-based society. Your child will undoubtedly learn that soon enough. For now though, who cares if a painting gets finished or if the product isn’t as good as the one put together by the kid across the street. Instead, make sure your child enjoyed any activity as much as possible. Eventually, the results will pay off when your child’s creativity allows him or her to solve a problem that a straight-line thinker would miss.

Kids Get Sports Injuries From Specializing Too Soon
Scroll to top