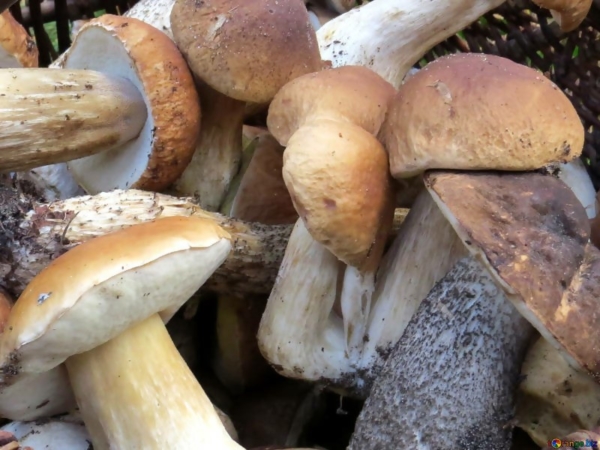 Every athlete strives to get an edge over the competition and food is a powerful way to improve not only health but athletic performance. What you consume affects your immune system, inflammatory response, the ability to recover quickly and train harder, and how mentally sharp you feel.

We are told to eat a healthy diet consisting of fruit, vegetables, nuts, lean protein, clean carbohydrates, etc., but rarely is the tiny, nutrient-packed powerhouse, the mushroom, mentioned.

Often thought of as a vegetable, mushrooms are part of the fungi family. They are neither fruit nor vegetable. For thousands of years, medicinal mushrooms were a vital part of traditional Chinese medicine because of their remarkable health-boosting powers. Their use in Western medicine has only started to increase over the past several decades.

Whether you eat them cooked or raw, here are six ways the mighty mushroom can impact your health and performance. The magical mushroom can:

1.    Increase Stamina and Endurance
By increasing the amount of time you are physically able to exercise, and at the level your body can tolerate during a workout, will help you achieve your goals faster.  Medicinal mushrooms aid in transporting oxygen flow from the lungs through the blood vessels to your muscles.  Cordyceps, Shitake, and Chaga mushrooms, for example, are known as the anti-aging mushroom because of their ability to transport oxygen more efficiently and to help produce ATP, the fuel our body runs on. In traditional Chinese medicine, they were believed to act as a vital stimulant and used to increase energy and decrease fatigue.

2.    Boost Metabolism
Mushrooms contain a considerable amount of vitamin B and vitamin D, which is what the body uses to convert glucose into fuel. They aid in metabolizing the fats and proteins in your diet.  Because of this, they help the body maintain a healthy and efficient metabolism. The most sought-after mushroom for boosting the metabolism is the Cordyceps mushroom.

3.    Reduce Inflammation
Mushrooms are loaded with anti-inflammatory properties. They contain phenols, polysaccharides, ergothioneine and other antioxidants that aid in reducing body-wide inflammation in athletes. By reducing swelling, recovery time will speed up, thus boosting your performance and overall stamina.  The mushrooms containing the highest levels of anti-inflammatory properties are Turkey Tail, Reishi, Shitake, and Oyster mushrooms.

4.    Increase Antioxidant Levels
Studies suggest that high levels of free radicals damage various structures of our body’s cells and reduce cellular turnover. Cellular damage increases the risk of developing many problems, including those that are associated with recovery and aging.  Fortunately, scientists have discovered that medicinal mushrooms can fight these free radicals that can drain your body of energy. For example, the medicinal mushroom, Cordyceps, referred to as the anti-aging mushroom can help endurance and stamina because it prompts the body to produce more ATP.

5.    Improve the Immune System
Athletes are more prone to having a compromised immune system. After a session of strenuous exercise, the athlete will enter a short period in which the immune system is weakened. They are more vulnerable to viral and bacterial infections.  Several varieties of mushrooms have natural properties to help boost the immune system and help it ward off viral infections and diseases, such as the Maitake, Reishi, and the Turkey Tail mushroom. They contain beta-glucans which increase the immune system’s T-cell levels, which leads to lower inflammatory responses caused by stress or environmental factors.

6.    Enhance Mental Focus
For athletes who need to be mentally strong as well as physically strong when competing, some varieties of mushrooms fight against the decline in cognitive functions. The potassium and selenium found in mushrooms increase brain function because they increase blood and oxygen flow to the brain, thus stimulating neural activity.  Lion’s Mane and Maitake are a favorite, within the mushroom family, because of their neuroprotective properties.

Foraging for Mushrooms – Warning!
There are more than 135,000 species of mushrooms in the world. However, many species are not edible. Modern science is only familiar with approximately 10%, and only about 100 species are currently being studied for health benefits and medicinal purposes.

Most species are highly poisonous and not edible, yet they strongly resemble their edible counterparts. Eating the wrong mushroom can result in stomach pain, vomiting, and in some cases, death. So, if you are planning on foraging for mushrooms, it is strongly suggested that you consult with an expert for the proper guidance.  They can help you distinguish between what is safe and what is dangerous for consumption.

Reading Is Vital To Your Child’s Learning

Kombucha May Offer Many Vital Health Benefits
Scroll to top