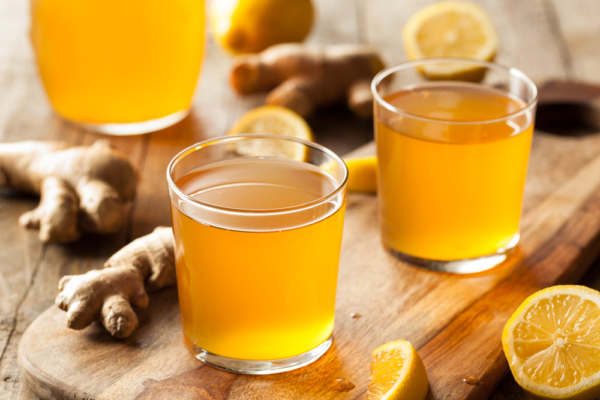 Unless you’ve been living under a rock, chances are you have probably heard something about kombucha. Maybe you’ve seen it on the shelves at the grocery store, gas station convenience stores, or in health food stores, but do you really know what kombucha is?

Kombucha is believed to have originated in China or Japan well over 2,000 years ago.  Considered to be an excellent probiotic, it is a living drink created by fermenting sweetened green or black tea with what is referred to as a SCOBY.  It has a colony of live bacteria and yeast that causes the fermentation process once the sugar is introduced.

During fermentation, the yeast converts the sugar in the sweetened tea to alcohol. The bacteria then converts the alcohol to organic acids.

After fermentation has been completed, the kombucha becomes a carbonated liquid. It now contains beneficial enzymes, B vitamins, probiotics, and high levels of lactic, gluconic, and acetic acids.

So not only are you getting the vital health benefits of green or black tea but now you’re getting beneficial probiotics as well. Here are six potential benefits of kombucha:

1. Kombucha Can Improve Gut Health
This fermented drink is loaded with not only antioxidants but also has high levels of probiotics. Probiotics are very much like the healthy bacteria found in the gut. Per Dr. Edward Hill from the North Mississippi Medical Center, “Probiotics are live microorganisms normally found in the intestines.”

So consuming probiotics will give your gut more healthy bacteria. This bacterium can be vital to many parts of your overall health including your digestion. The live probiotic cultures found in Kombucha help the gut repopulate with good bacteria.

2. Kombucha Can Aid in Disease Prevention
Every day we consume processed foods and chemicals that lead to oxidative stress and then inflammation. A study published in Food Microbiology in 2014 showed evidence that Kombucha contains powerful antioxidants that can assist in detoxing and prevent inflammation and illnesses. This detoxifying, inflammation reducing characteristic is the reason it can reduce the risk of certain kinds of cancer.

3. Kombucha Helps Maintain Liver Health
Kombucha has antioxidants that fight free radicals in the body that can cause cell damage. A study published in 2011 demonstrated that the antioxidant-loaded kombucha reduced toxins in the liver. This indicates that this beverage may reduce inflammation of the liver and promote liver health.

4. Kombucha Can Help Reduce the Risk of Heart Disease
Heart disease is the world’s leading cause of death and studies have shown that this fermented tea may help battle it. A study published in Pharmaceutical Biology in 2015, showed that kombucha helps reduce the levels of cholesterol associated with heart disease.

5. Kombucha Contains Antioxidants
Much of kombuchas healthy benefits are more than likely due to the tea and the polyphenols it has. Polyphenols are phytochemicals that are found naturally in plants.

They play an essential role in your wellness and health. They act as strong antioxidants and decrease inflammation by fighting free radicals – the molecules that can damage your cells. The fermentation process of kombucha actually increases the level of polyphenols.

6. Kombucha May Help Protect Against Cancer
According to the National Cancer Institute, “Cancer is the name given to a collection of related diseases. In all types of cancer, some of the body’s cells begin to divide without stopping and spread into surrounding tissues.”

How Much Kombucha Should I Drink?
According to the Center for Disease Control, four ounces of kombucha three times a day is considered safe. No more than 12 ounces per day.  Start by drinking very small quantities and work your way up to larger amounts.

Are There Any Side Effects?
Because it is carbonated, some people experience bloating and digestive issues. Some brands also contain an excessive amount of sugar. People suffering from kidney disease, cancer or HIV can develop severe complications from drinking kombucha.
If you are concerned about starting a kombucha routine, contact your doctor or health provider for proper guidance.

How Do I Store My Kombucha?
Once you have returned from the grocery store, if it is not already packaged correctly, you’ll want to put it in a clear, glass container with a tight-fitting lid. The lid should not be made of any type of metal. Be sure to leave an inch at the top of the container to allow for the effects of carbonation.

Store it in the refrigerator and don’t shake the bottle as you run the risk of it exploding. When opening it, keep your entire hand over the lid to prevent it from popping off.

The Magic of Mushrooms On Your Mental, Physical Performances