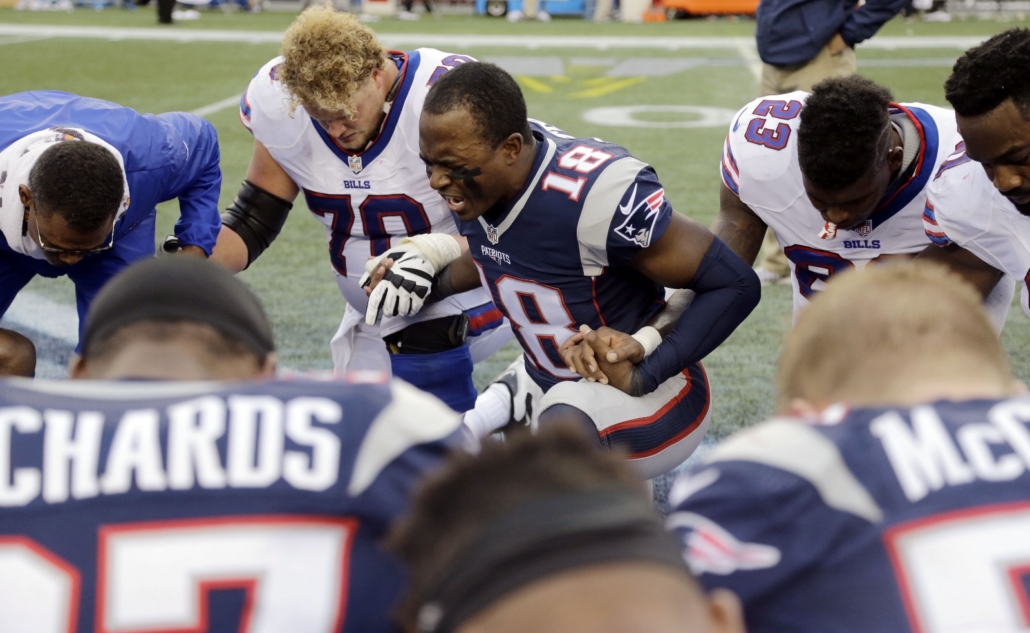 It is possible to win games and not like the people you are winning alongside. Shaq and Kobe were famous for their general dislike of one another, yet they combined well enough on the court to win three consecutive NBA Championships at the turn of the millennium (and almost add a fourth in 2004).

This level of success, though, is generally seen as a wild exception to the general rule that it is much, much easier, and much more enjoyable to be successful in the sporting arena while maintaining vital relationships with your teammates.

The most obvious way in which vital relationships help athletes is that it makes winning easier.

Take this statement from a Patriots.com article written by Erik Scaiavino after a conversation with 12-year NFL (and Patriot) veteran Matthew Slater.

“At this time of year, when clubs are in the team-building mode, acquiring players via veteran free agency and the upcoming NFL Draft, there isn’t a lot of time to work on the field. The offseason training program began Monday here at Gillette Stadium, giving players like Slater, his returning friends on the roster, and the newcomers a chance to start forging their bond off the field. Slater emphasized that ‘relationships are vital’ to creating a winning environment, which the Patriots have enjoyed for the better part of nearly two decades.”

Slater knows how to win. He has three Super Bowl rings to prove that. He plays in a sport that is unique in its turnover and retention numbers, with a new crop of rookies joining the team in their offseason program ready to take the place of guys already on the team. Forging vital relationships in this scenario is important because it is the first step towards a bond that will make you play harder for your brothers on the field.

This will, in turn, lead to more wins on game day.

As crucial as these vital relationships are when winning, they are even more important when things are going badly, and a team is on a losing streak.

Such streaks happen at all levels of the game, from the professionals (see the Cleveland Browns before 2018) down through the amateur ranks and into rec league play. Some people are bad at losing, but one way to prevent those people from becoming a problem is to have created vital relationships with them so that they always have a teammate there to pick them up and help them focus on trying to win, as opposed to melting down in defeat.

Taking this one step further, these relationships are most vital when an athlete gets injured. When feeling despondent and vulnerable, knowing you have a relationship or two with teammates who will be there for you both at the initial point of injury, and throughout the rehab, is of incredible importance.