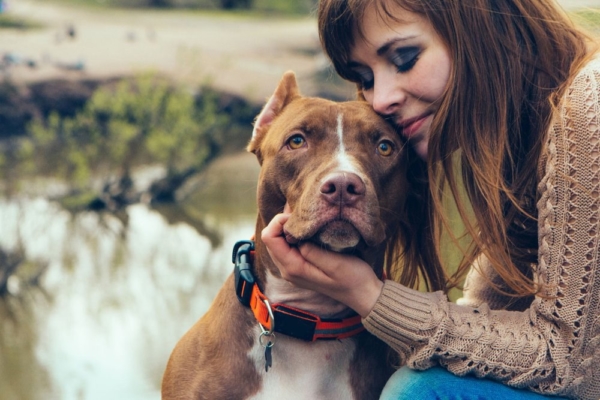 We have known for a long time that vital relationships are a key to a happy, healthy, and long life. The joy that we as humans get by interacting with each other, through friendship and fellowship, is something that picks us up when we are down and that can keep us motivated and focused when times are hard.

What, though, if you are just not a people person? What if you find social interaction hard, be it for physical or mental reasons, and that desire to put yourself out there and meet other people just doesn’t exist?

According to new research published in May 2019, the answer is as simple as getting a pet and treating it like a human.

According to research conducted by Julianne Holt-Lunstad, a professor of Psychology and Neuroscience at Brigham Young University, loneliness is as dangerous to human health as if you were to smoke 15 cigarettes a day. This puts loneliness up there with more talked about issues such as obesity in its risk to human health and quality of life.

Human-animal interaction research manager at Mars’ Waltham Centre of Pet Nutrition, Nancy Gee, had this to say about interactions between humans and their pets.

“When we think about loneliness, we need attachment figures and pets meet that need,” says Gee. “You don’t have to worry about confidentiality or judgment. It just is what it is.”

It is that lack of judgment that can make pets so important when looking for vital relationships to fill your life with. One of the major reasons that people suffer from social anxiety or struggle in social situations is that feeling of being judged for what they are saying or doing. With a pet that judgment just doesn’t come as they love unconditionally in their own way.

“The greatest gift of animals is they remind us we can love and be loved unconditionally,” says former Surgeon General Vivek Murthy.

Murthy, according to his testimony on the subject, would sometimes be teased by other staff members about the pictures he would post on various social media sites of his cats. Those cats, though, would open up avenues for him to have vital relationships with other people as they immediately had something in common they could talk about or bond over.

An online survey of just over 2,000 people, which included pet owners, found that one-in-four owners got a pet because they knew that it would help their mental health. Interestingly, this number increased to over 50% when just taking into account people over the age of 55.

Research still needs to be conducted into if pets make people healthier or if it is just generally healthier people getting pets. Either way, it seems clear that having a pet, be it a dog, a bird, or something a little more unique, is a great way to live a happier and more fulfilled life.